Coupon Trends: The Psychology Behind the Clip 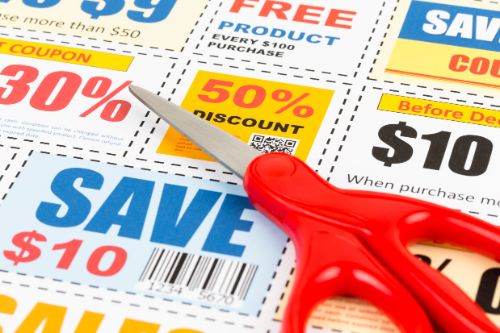 Couponing is more than just a trend, for some people it is a lifestyle choice. Couponing began as a way to cut a couple of bucks off of your receipt. Now, contests for who can clip the most coupons or save the most are trending and showing people a more complex side of the mundane task. This tactic is not only used as a way to save for the consumer, but it is a way to bring attention to the brand as well.
Shows like Extreme Couponing glamorize the different uses of coupon clipping and show a variety of methods to do so. The days of “regular shopping” without the infamous stack of coupons is now over. So, how are couponers different from your average shopper? Let’s dig into the psychology behind the coupon clip!

The process behind couponing is to scour your local newspaper, magazines, and even on the grocery shopping apps for the big bargain. Couponers actually spend on average over 20 percent more than an individual who just participates in the act of price comparisons. This cost is based on shopping over time versus the immediate bill because couponers are more often to shop. The reality of their spending ties in with most items having to be bought in bulk in order to use the coupon to its full extent.
While it is a popular thought that businesses don’t make money because of couponing, that theory has been…debunked! On the business end, the reality behind couponing is that businesses really do make a nice profit from using this tactic. They stir up a frenzy for their products and use these crazy deals as a ploy to bring in more consumers. In fact, Coca – Cola was the first company to use this marketing tactic and it was a huge success! They offered a deal on the cool cola drink and the average buyer who bought the cola went crazy for it.

Did you know that there are people out there getting paid to study the way you shop? Consumer psychology is the term of the day. This form of psychology refers to honing in on the shopping patterns of a specific demographic and viewing how someone’s preferences may influence their purchases. Your preferences to advertising tactics is also a big part of what these researches look into. Overall, your reaction to product advertising is a result of the advertisements we see widely shown today. So, consumer psychology is not just your average buzzword, but a look into what these marketers actually believe we as consumers want.
The psychology of spending with the coupon tactic is that it allows you to believe that by buying more with a simple slip of paper you can save a fortune. Offering these amazing deals are how these big brands make us believe that we are getting more bang for our buck. While in fact, coupon clipping often inspires senseless spending. Now, if this is true, why do we believe in the art of couponing? Would you believe that couponing scientifically makes us happy and that is why we continue to chase the feeling? It is proven that we are over 10 percent happier when receiving or spending a coupon versus shopping regularly. Also, there is almost a 40 percent rise in oxytocin levels while using coupons. Oxytocin is a chemical released when we feel devotion or a love towards a person or thing. Basically, we are chemically proven to love the art of the clip! We discovered a bit of the good and bad of couponing, but all in all the large takeaway should be to do what makes you happy! 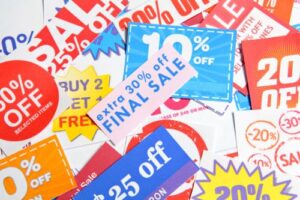