Why Should you Use Coupons? 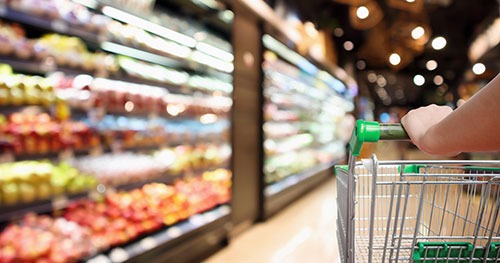 It’s hard to wrap your brain around the fact that when you fail to use coupons or throw them away, you’re actually throwing away money. Next time you claim you don’t have time for savings, think again. Here are some reasons why you should brush off the stigma of coupons and start using them immediately.

These are the Facts

An article written by Donna L. Montaldo for thebalanceeveryday.com states, “Surprisingly, only a small percentage of shoppers (about one percent) redeem coupons. U.S. Consumer Packaged Goods (CPG) marketers reportedly distributed coupons valued at $470 billion for products used daily like food, beverages, clothing, tobacco, and household items. The average coupon had a face value of $1.54. Only $4.6 billion coupons were redeemed. Coupons valued at $465 billion went unused. Shoppers using CPG coupons saved an average of $30 a week (or $1,560 a year) to $50 a week (or $2,600 a year), depending on their level of coupon involvement.” If somebody handed you an extra $30-$50 per week would you turn it down? Throw it in the trash? That’s essentially what you’re doing when you disregard coupons. They aren’t hard to find. Most of the time, we get them delivered right to our houses via the mail or the newspaper. Because they are so easily accessible, it should make us want to take advantage of them, but it doesn’t. There is a disconnect in the process that stops people from saving.

Picture this: you’re at the grocery store searching for a check-out line. You see someone checking out with a stack of coupons in their hand. Do you avoid the line? Or do you get in line behind this person and wait patiently? Because there is an obvious stigma attached to using coupons, people tend to shy away from them. They may even feel embarrassed which is a powerful deterrent for many. Montaldo also states in her article, “Based on statistical profiling, households with an income of $100,000 or more and shoppers with college educations are twice as likely to use coupons than those who live below the average family income and those who did not complete high school. Another known fact is that many millionaires use coupons.” Given the facts, it would seem as though the more more money and education you have, the more likely you are to understand that saving money is something nobody truly looks down upon.

Throw away all the excuses you have saved up about how you are too busy, too lazy, or just plain uninterested in couponing. Develop a savings mindset so you can help stretch your budget farther. Also remember that every little bit adds up! Taking a small amount of time weekly to clip coupons results in saving money. This will allow you to focus on building the life you’ve always dreamed of.